Brian and Frankie out in Barcelona at X06 for what we’ve hinted several times would be a Halo 3 no-show. But we also dropped a hint or two that something would be happening, and that’s certainly true. By now you may have read elsewhere that two new Halo game projects have been announced – the Halo Wars real time strategy game from Ensemble and the as-yet unrevealed Halo project to be made in partnership with Lord of the Rings and King Kong director, Peter Jackson. Both projects are for Xbox 360.

Deep breath now. Peter Jackson and Fran Walsh, who we’re also working with on the Halo movie, have formed Wingnut Interactive, a video game studio that will capitalize on Peter and Fran’s creative vision, while using the expertise, infrastructure and experience of Microsoft Game Studios and Bungie Studios to get the show on the road.

It’s a partnership we’ve been very excited about for a long time, and one that gives us great pleasure (and no small measure of relief) to announce.

Peter Jackson himself kind of sums up our feelings about the venture, saying, “"Working directly with the Bungie guys to help carve out and reimagine another piece of the Halo game universe is a dream come true. Combining the creative and technical talents of Bungie Studios with the fire and passion of Wingnut Interactive just seems like a great recipe for success and the perfect way to start a new kind of partnership in the video game world. I can't wait."

Wingnut Interactive will be working closely with us to create “another chapter in the Halo universe,” which is a phrase you’ll be hearing a lot and of course, we’re sworn to secrecy.

This raises as many questions as it answers – will it be a sequel? A prequel? A side-story? We won’t squeal, but we can tell you it will be a blend of gameplay and storytelling quite unlike anything the games industry has ever seen before. And Wingnut Interactive isn’t stopping at Halo – the newly formed gaming behemoth will also be working closely with Microsoft to introduce a brand-new gaming IP created by Wingnut themselves.

Gasp! Does this mean Bungie is distracted from Halo 3? No. In fact the Bungie team, now bigger and better than ever, thunders on down the road to completing Halo 3 and will simply not deviate from that path. A few select team members have been chosen to liaise and interface with Wingnut Interactive and in fact, the sharing of ideas and technology with Wingnut Interactive and to some extent, WETA Digital, will likely bring creative benefits to Bungie as we complete our scheduled march to finish and release Halo 3 in 2007. Thanks to careful planning and good use of resources, these new projects have added not one single day to our schedule.

YET MORE HALO ON THE HORIZON

As if the Peter Jackson partnership wasn't cool enough for Halo fans, there's more to be excited about in the form of the just announced Halo RTS game being developed by Ensemble Studios. "Halo Wars" is a brand new saga in the Halo Universe that explores the time of first contact between the UNSC and Covenant Forces. If you've ever wondered what it would be like to control dozens of Warthogs and Scorpion tanks instead of just a single vehicle, your time has finally come.

Ensemble Studios has a rich heritage and expertise in the real-time-strategy genre through their extremely successful Age of Empires franchises on the PC. This latest endeavor has been designed from the ground up as an Xbox 360 title, with controls and interface specifically tuned for the needs of a console. The folks at Ensemble are the only team we trusted to make a Halo RTS and from what we've already seen (and played), it's going to be awesome. And yes, the controls do work great on a 360 pad.

Bungie has been working with Ensemble primarily in the area of the game's fiction to help inspire the story and ensure continuity with the existing Halo Universe. Aside from that, Ensemble is applying their skills to deliver a great Halo experience in a whole new genre, which is ironically where Halo began in the first place. If you've seen some of the very early Halo videos out there, you might recall that before it ever became an FPS, it was in fact designed as an RTS (building off of Bungie's experience with the Myth franchise). Now, many years later, Ensemble is able to take the franchise full circle and bring it back to the place where it all began.

Ensemble brought their prototype to Bungie quite a while back, to show the guys that an RTS could not only work on the 360, but kick ass too. Frankly, Ensemble is one of very few folks on Earth that we would trust with our baby, and that trust is doubled thanks to the excellence of the Age of Empires franchise.

Ensemble’s own Chris Rippy said, “The Halo Wars team is made up of a bunch of guys that are all very passionate Halo fans. When we sat down to start thinking about our next project, we thought bringing the Halo universe into the RTS world would be a perfect a fit, and would make an amazing game. We couldn't be more excited about Halo Wars, and can't wait for everyone to try it out!”

Naturally you've got a million questions and unfortunately, as is usually the case with anything Halo-related, we don't really have many answers just yet. As we continue to see early builds and get hands on time with the game we'll pass our impressions on to you through our weekly updates but for the most part you should head over to the Ensemble site - www.halowars.com - for the latest news and updates on Halo Wars. In addition to a FAQ and forum, you'll be able to check out various game assets inclduing the CG announcement trailer that was shown to the press at X06. A web version should be up on their site soon in addition to an HD version hitting Xbox Live Marketplace.

With Halo 3 approaching steadily and a ton of cool stuff on the horizon, it's a great time to be a Halo fan and we can't wait to share in all the fun and excitement the future entails. Stay tuned for more details on both announcements and even some surprises for the next Bungie Podcast.

Is it too much Halo? No. Believe us when we tell you that these projects will be spaced out sensibly and in fact, we’re sure you’ll be -blam!-ing soon enough that there’s too large a gap between them, but more importantly, we here at Bungie, our friends at Ensemble and our new partners Wingnut Interactive are doing everything in our care to ensure that Halo 3, Halo Wars and the unnamed Halo project live up to the promise and heritage of the universe we all love so much. It’s going to be incredible. We promise. 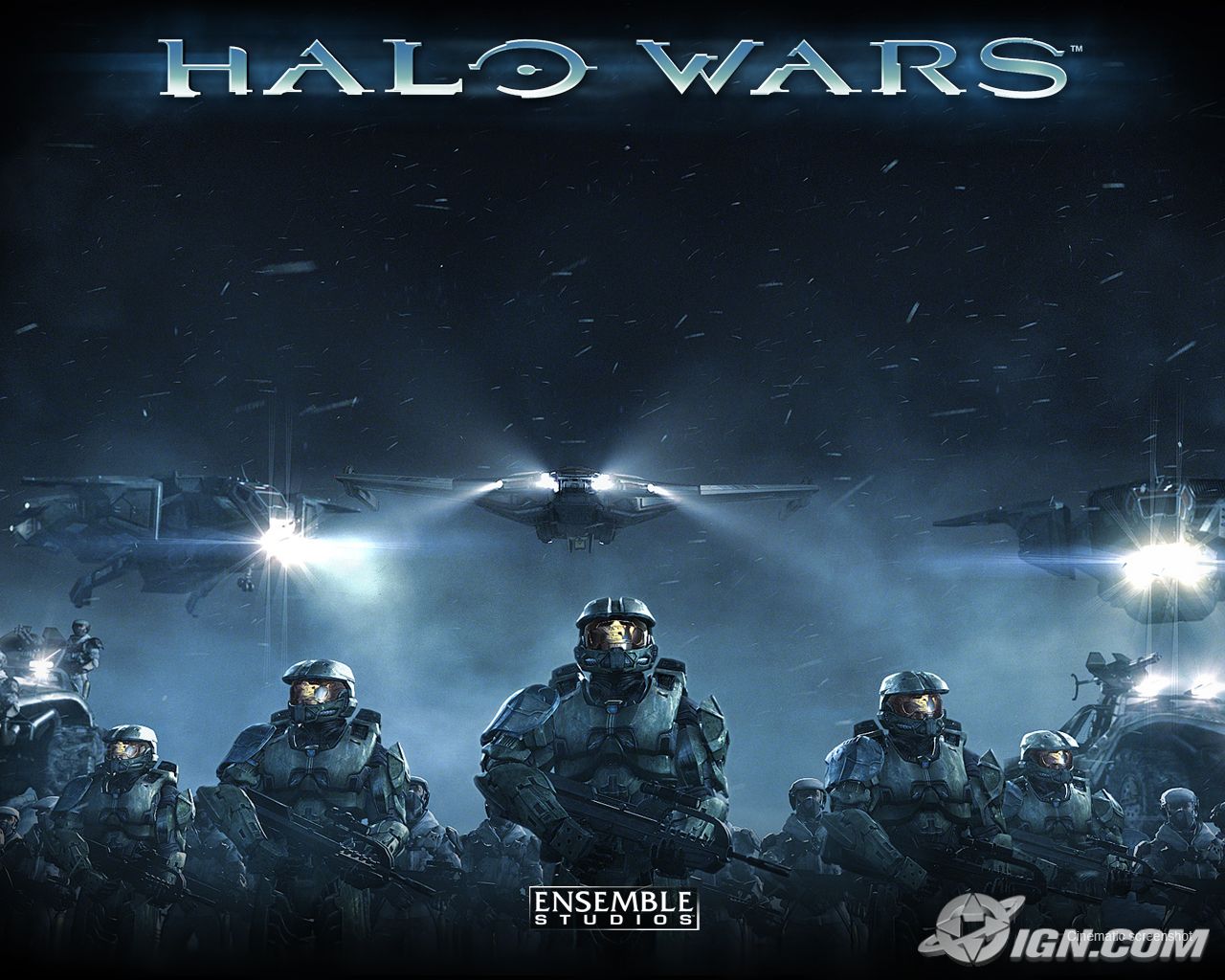 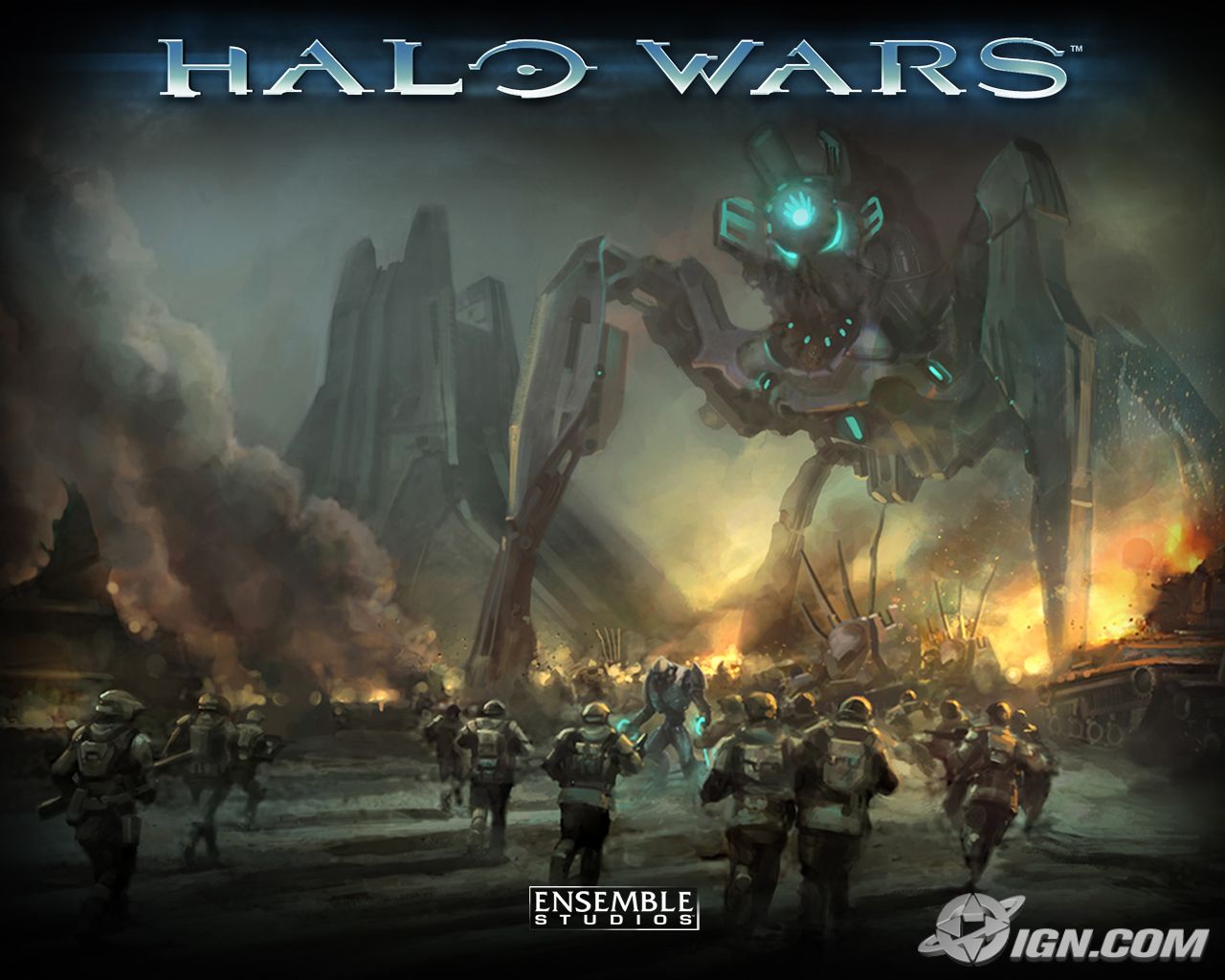 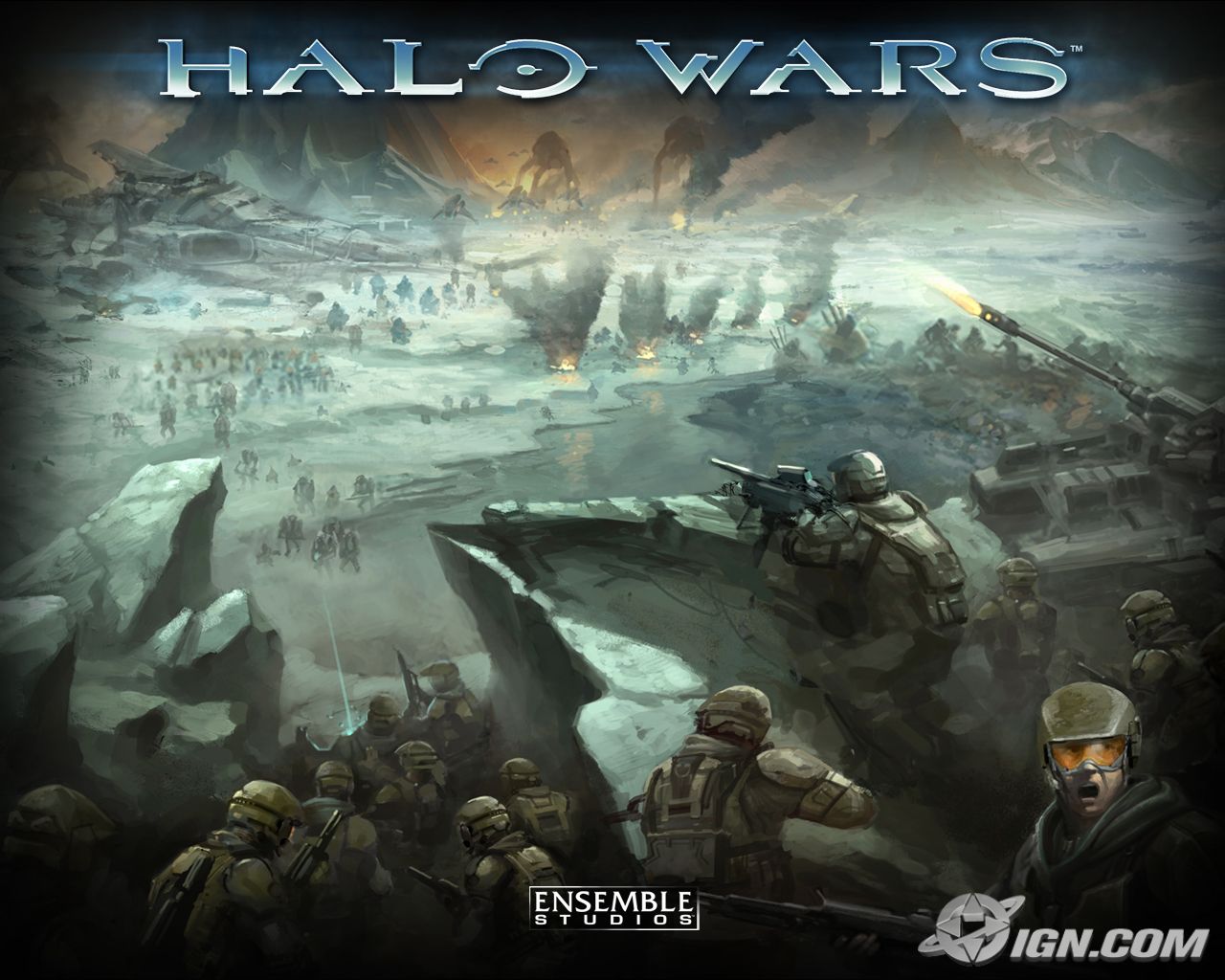 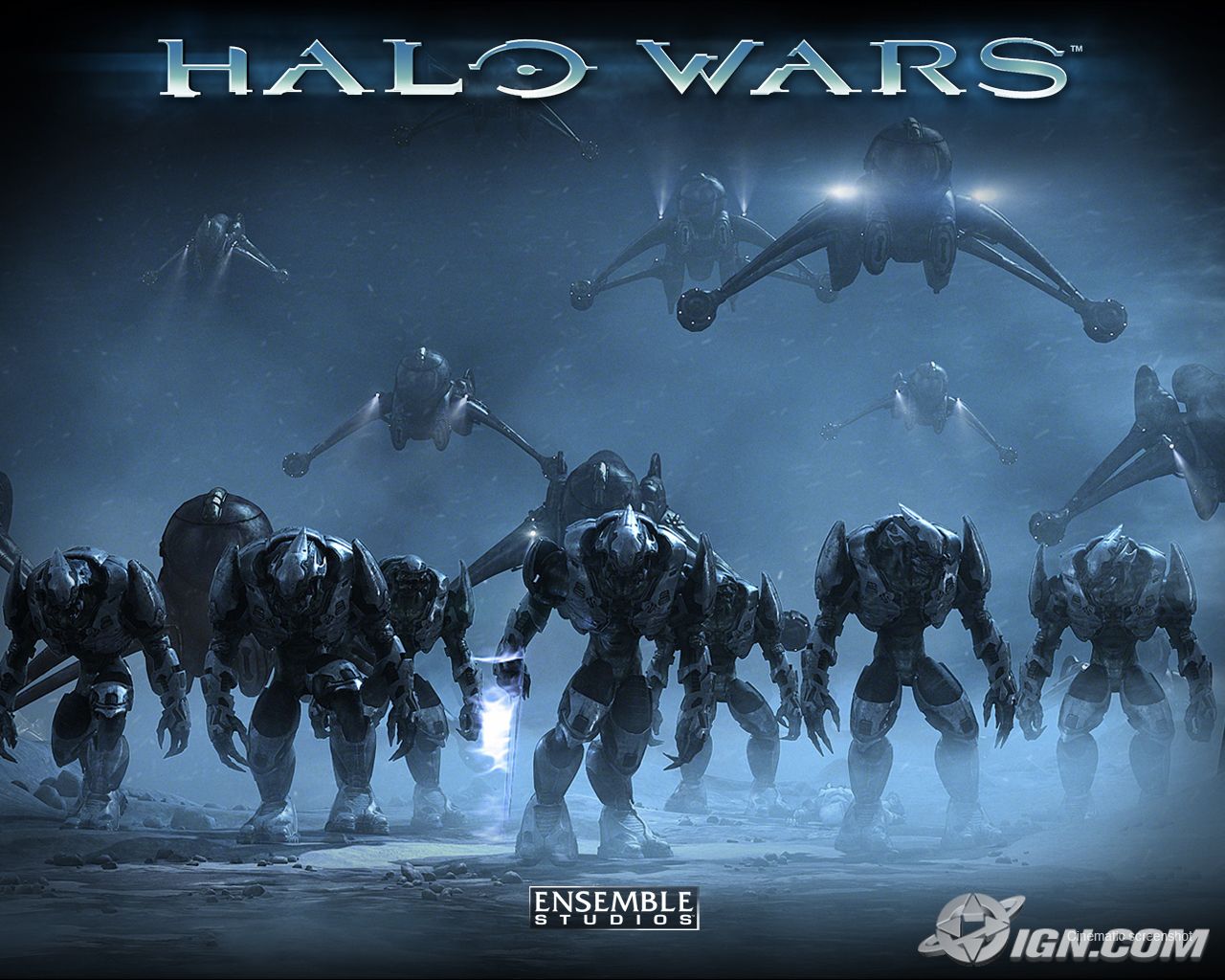 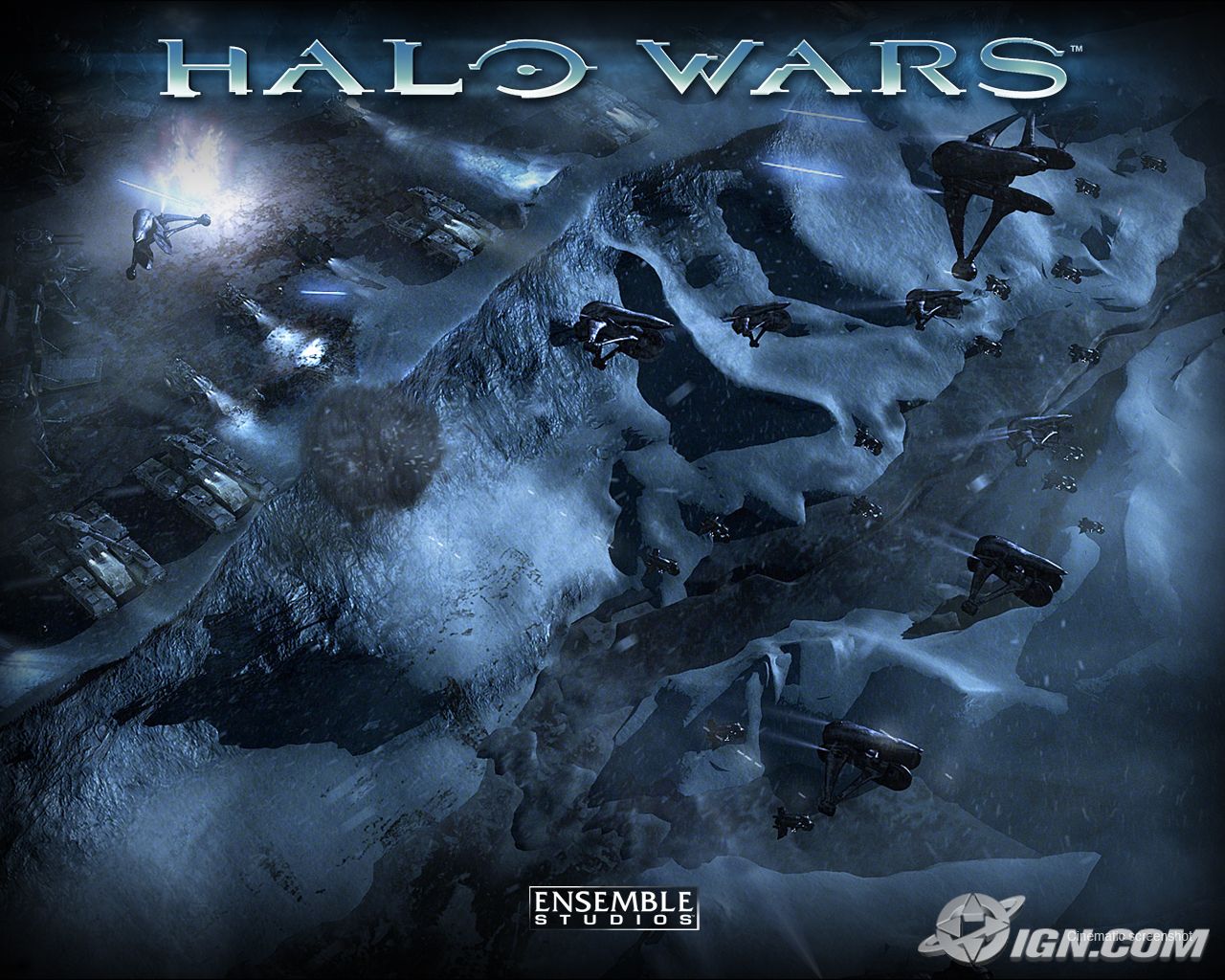