How do you soft mod?

Ok so you got a xbox, and you wanna softmod it and have tons of fun. If you don't know what what softmod is It lets you mod your xbox w/o opening it.If you are wandaring what you can do with a modded xbox you can play burnt games,play emulaters,And mod games (usally people like to mod halo).

Action replay (You need this to transfer linux to your xbox)

Meccahsult,Splintercell 1, or 007 Agent Under Fire ( you need one of these and it has to be orignal, the reason you need this is because these games have a linux program in it)

Your gonna need a linux installer each game for if your gonna use meccahsult (i prefer this game) AIM me i have the installer.

If your gonna use 007 Agent Under Fire
http://eastcoastxbox.com/modules.php?name=Downloads&d_op=viewdown... ller%20v2.7
(scroll down)

Ok so you got all those Things then your ready.

1. Open up Action Replay and drag you linux installer into the Pc Data Base.

3. Alright cool you got linux installer on your memory card.

4. Ok now put thay memory card into your memory card and transfer it to your xbox's hard drive. (make sure you delete all past game saves of the installer you are using)

5. Now ok you got your linux Installer on your xbox. Ok restart your xbox.

7. Ok load up all the profiles and you should see "run linux" go there.

8. Ok it took you to a whole differnt screen it'll say netherlands or english, if u speak better in netherland then pick that if not pick english.

moding your xbox in ten min.

Modding the Xbox in 10 Minutes

Date: August 29, 2005
Author: Michael Brim
Xbox modification has come a long way in the past couple years. With the introduction of the TSOP mod, potential modders no longer had to shell out money for a modchip; rather just bridge two points on the Xbox motherboard. Now one doesn't even have to open up his Xbox. Welcome to the world of soft modding. Using code exploits in certain games, a user is able to load a phony gamesave that will boot into a Linux based operating system and allow a user to mod his Xbox... in under ten minutes.

Before I go on, soft modding voids your warranty. It is not illegal, but if something goes wrong, you can't return your console to Microsoft and expect them to send you a new one.


WARNING! PLEASE READ - If you have successfully modded your Xbox, DO NOT attempt to connect to Xbox Live. If you do, Microsoft will ban your account. Modded Xboxes are not allowed on Live. Expect a complete FAQ (I've received lots of emails) to come out Monday, Sept 12th
You're going to need the following things before we get started:


1. An Xbox Memory Card
A way to transfer two gamesaves from your PC to the memory card. Whether through Action Replay or using a friend's modded Xbox, etc.
2. One of the Following Games
a. Any version of Tom Clancy's Splinter Cell (NOT PANDORA TOMORROW OR CHAOS THEORY)
b. The original version of 007: Agent Under Fire or the Platinum Hits AUF with the Serial #: 1448517 (NOT 1448527)
c. Mech Assault with the Serial #: MS02301L on the inner ring of the game CD
3. An internet connection, an IRC client (http://www.mirc.com), an FTP client (Smart FTP and WinRAR (http://www.rarsoft.com)
First thing you need to do is acquire an All-in-One exploit package. Where do you get this? Launch your IRC client of choice, and type: /server irc.efnet.net

Once connected to EFNet, type /j #xbins and then type /msg xbins !list

You will receive a private message from Xbins who will give you the location and login to the FTP.

Once connected to the FTP, navigate to /XBOX/exploits/_Packages/Softmod Installer Deluxe/ and download the Softmod.Installer.Deluxe.v2.0.Xbox-Hq.rar file.

For this tutorial, we'll be using the Splinter Cell exploit. All exploits are pretty much the same. 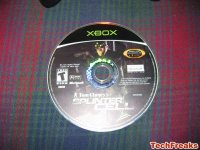 If you're using Action Replay, drag both zip files to your memory card. Then copy both gamesaves from the memory card to your unmodded Xbox.

If you have access to a modified Xbox, you can extract both .zip files and FTP them over to the modified Xbox console, then using the MS Dash, copy both the Linux Installer and Splinter Cell gamesaves to the memory card, switch consoles and copy the gamesaves from the memory card to the unmodded Xbox.

There should be two gamesaves. One should be 4 blocks (a linker file), the other 489 (the installer file). 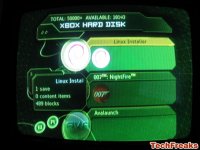 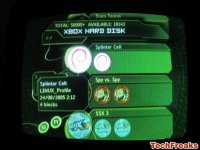 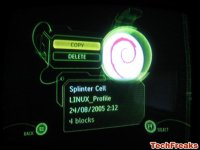 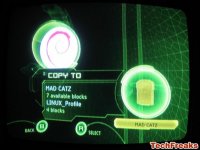 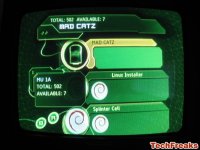 Start up Splinter Cell, select Start Game and press A. 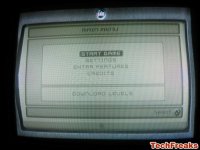 If you have never played Splinter Cell before, there should only be one available gamesave: Linux. Select it and press A. 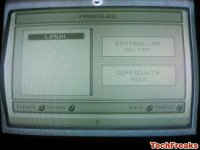 On the next screen, select Check Points (selecting Levels (in my experience) will cause the Xbox to freeze). 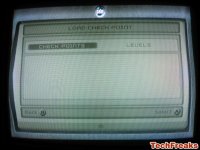 The screen should turn black and approximately 10 seconds later, you will be greeted with an UnleashX intro screen and then an UnleashX control panel. 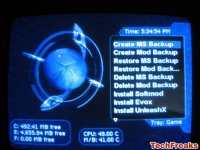 Select the option, Create MS Backup, which will backup the entire contents of your C:\ to E:\backup\MS 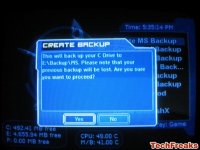 Now select the option, Create Mod Backup, which will backup your EEPROM.

If you do not backup your c:\ and your EEPROM, recovering your console if something does go awry will be incredibly hard or impossible.

Once you have backed up both the C:\ and EEPROM, select Install Softmod. This will mod your system. DO NOT TURN OFF YOUR SYSTEM. Let the mod install, when it finishes you'll notice that the installation prompt and status bar have disappeared. 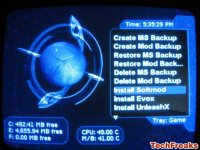 Because of the limited capacities of standard Microsoft memory cards, only the Evolution X and Unleash X dashboards have been included in this package. I prefer Evolution X, so select Install Evox and let Evolution X install.

Once you have installed Evolution X, power off your Xbox and turn it back on. Make sure to eject your Splinter Cell game.

If everything went correctly, your Xbox should be successfully modded and you will be greeted with an Evolution X (or Unleash X) dashboard. 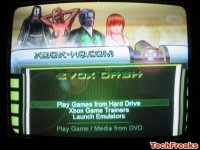 Check out how to install a larger HDD in your modded Xbox in our latest guide.

you have to have a modded dash for this!

step 1.-put your game disc in the xbox.

step 2.-ftp a connection and look in your folder "D"!

step 3.-you will see maps and in maps folder there is a font flder you need this as well, bink, media, and default exe! copy these to ur comps. desktop!

step 4.-once on ur desktop delete everything out of bink (to save space) keep media full, and keep these maps in your map folder Ascension, Burial mounds, Beavercreek, Cyclotron, Foundation, Midship, Mainmenu, shared, Zanzibar, Coagulation, ect. delete all others!

Step 5.- make a folder using flash fxp in your game section on your xbox's E:drive name it ( halo 2)!

step 6.-use a encryption fixer auto resigner or other program you an go to http://ppfnoobs.net and click modding then software to download a resigner!

step 7.- once you have done this put bink, media , maps, and default.exe in your games folder select halo 2 folder on xbox using flash fxp! once this s done you need to go to modded dash and select games if halo 2 dsent show up then go to file explorer and click "E" then games then halo 2 the go to bottom and click default the game should load up!


step 8.-if you are a experienced modder you should know how to use ppf -o- matic, you need to find ppf's and patch them you can go to http://halomods.com to find patches click on file forums-then halo2 downloads.

Note you will probably need to download super ppf patcher because all old map mods are usually sppf (sized ones)! go to ppfnoobs again to download!

How do you hard mod?

The hack in question is achieved, generally speaking, by using a modchip to allow users to connect to their Xbox's hard drives using an ordinary Windows PC, edit the cached map files that Halo 2 (like Halo 1 before it) keeps on the Xbox's hard drive, and then running the game with those edited map caches.

This is one of the more trivial kinds of hacks that have been performed using Halo or Halo 2 on the Xbox; others have included a pilotable dropship and Pelican and a flying warthog.